During the Bronze Age in Minoan Crete and Mycenaean Greece, valuable sealstones and signet rings, but also humbler clay stamps, evolved along with writing into tools which an administrative system could use to control the production, circulation and distribution of goods. They became symbols of power and wealth and, acquiring a magical, religious dimension, were believed to have the power to ward off evil. Since the dawn of history, stamps have attested to the authenticity of the object that bears them, the identity of their owner and the legality of transactions in which they are involved. 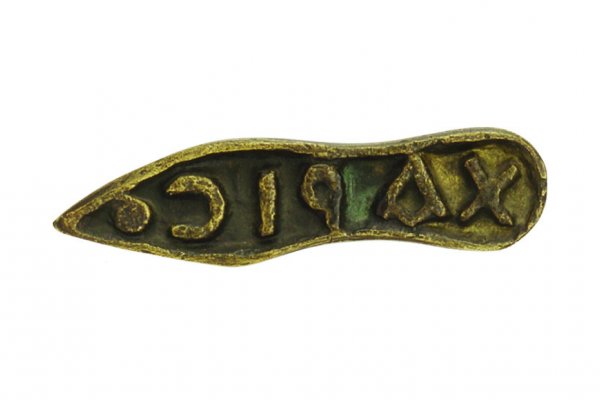 Stamp Replica of a 6th-century brass stamp in the shape of a shoe, bearing the inscription XAPIC [grace]. From Damascus, Syria. A number of stamps of this type have survived. They were used for stamping vessels containing foodstuffs, chi... Learn more
Visit our museum

Choose the day you want to visit us, and see our available dates

Find our museum on the map

Find the museum on the map to see how you can visit us.